I get all these memes on facebook from the entity called Occupy Democrats. I strongly suspect a SuperPAC - SuperPack of idiots. Here is one of their creations: 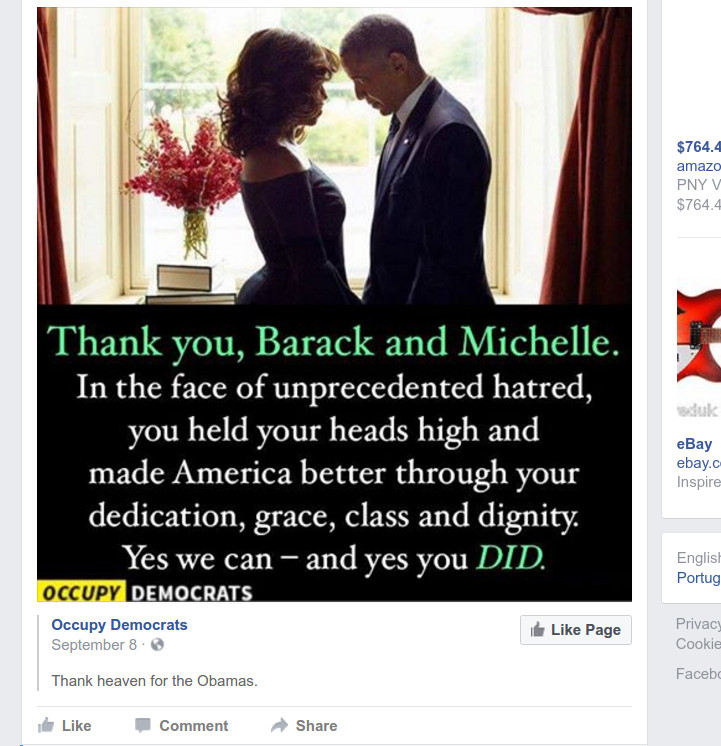 Yeah yeah I had once audacity of hope, now I must ask: Who's America? Like Sioux's? Like almost displaced people on the East side of Buffalo? Or like already misplaced people on the West side of Buffalo? Or like millions who saw their mandatory health insurace premiums jump up and their deductible to go up simultaneously? Seriously, it doesn't work that way that you are in perpetual war and America is a better place. It doesn't work that you work for corporations and the people you are supposed to work for will like it.

These little blurby corporatist messages from entity called Occupy Democrats always twist things with this faulty logic. They count with the only opposition coming from the far right while most of the opposition is going to come from the left now. The most vicious fight is over the right of the center voter. I see that the Democrats managed to go back to their conservative roots . I wonder what Occupied Democrats? Greed? I wonder what Occupies Democrats? Fear? I hope so, they should be shaking in their pants like the communists were when I was young. They should be mumbling just like the communists did : 'just one more term'. It is coming, any year now. It will probably start with the peace movement. Don't say I didn't warn you.

And since this is my last pre-election piece I will leave you with this: Remember, when you go vote tomorrow, take a single pack viagra with you if someone would want to screw you.